Built by Bailey and Lowe for Alex Donald in the winter of 1911 she was originally named “MAPUHI”. 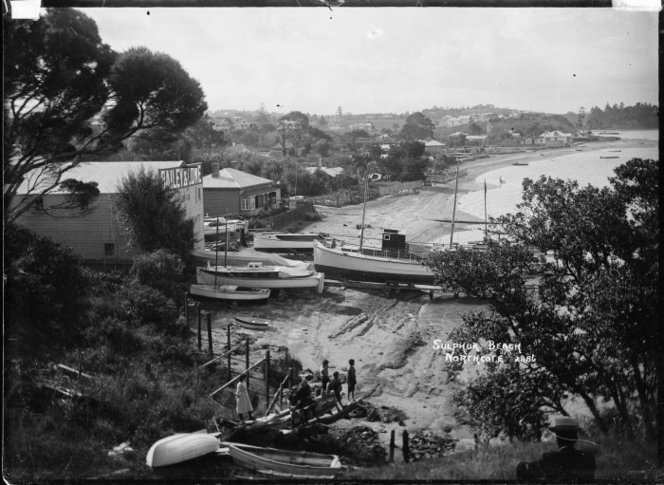 Purchased shortly there after by Alex Burt Jr. in late 1913 he renamed her “OBAN”.

Alex was a member of the NZPBA (New Zealand Power Boat Association) and participated in regular boat racing – (Alex Burt was to become the Commodore by 1917 of the NZPBA).

After the landings in Gallipoli by the Australian and New Zealand Army Corps, Alex Burt renamed her “ANZAC” (her name had  changed by 3rd March 1916).

“ANZAC” was sold by Alex to the Government (Public Works Department) some time in the early 1920’s, she was used as a Fisheries Inspection Vessel under Captain Charles Daniel in Auckland’s Waitemata.

Eventually she made her way to the Kaipara , firstly to Helensville where she was owned by Bill (William) E. Curel and renamed “BETTY”. In 1954 Bill applied for and received a Certificate of Survey enabling him to ply within the Kaipara River limits, inside the Heads of the Kaipara Harbour and to have a maximum number of passengers of 13. Certificate number 3228. The net registered tonnage was 5.99.

She was later owned by Eric Williams (twice), based out of Tinopai where she underwent a renovation and was renamed by him “FREEDOM” – the name due to the sorry state he found her in and decided to purchase her and set her free.

Finally she was again taken back to the Waitemata where she had remained until July 2016 when she had been hauled out and is currently high and dry being renovated – again back over to Helensville, next to the Kaipara.